Hello!
Today I am bringing you sketch #97 from the Memory Nest.
If you're thinking it's been a while since I shared one of these, you're correct!
IDK what happened w/ me... but I totally missed the deadline's for both of the September sketches, DOH!

Anyway, October is a whole new month, so here we go...

I used a flipped version of the sketch for my layout. 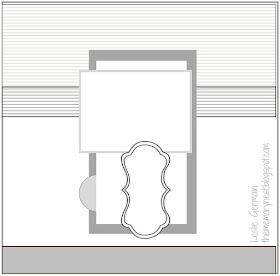 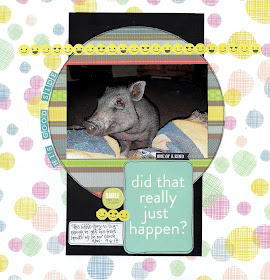 Journaling:
"This little guy is big enough to get his front hooves up on our couch now.
9.6.15"


Basically the story is...
I was sitting on the couch watching TV, I was probably eating, and Hamlet jumped up and placed his hooves on the couch in front of me!
It was quite a shock as he had never done that before!
Of course I grabbed my phone and took a photo of him.
When I posted the photo to my Instagram account, one of my friends made the comment, "Hahaha! He's like 'make sure you get my good side'!" and I decided that if I ever scrap this photo I would use something similar to that as my title.

BTW - he has never learned to actually jump on the couch despite us repeatedly trying to get him to do so!
Looks like he peaked in 2015, LOL!
Doreen Vasquez at 9:26 PM
Share